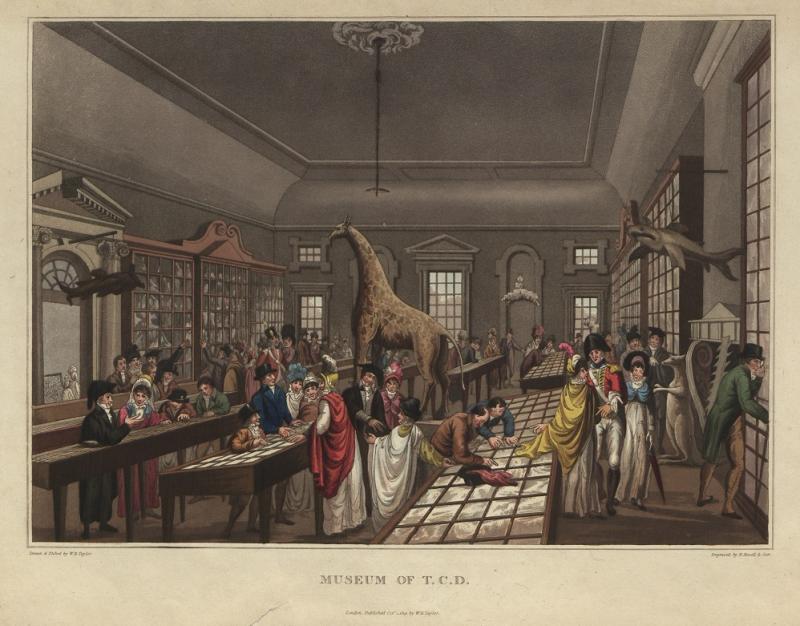 The development of the aquatint technique was a secretive process, developed by different artists in the later part of the eighteenth century. Previous centuries saw various aquatint-like processes developed but it wasn't fully realised until the eighteenth century. Frenchmen Charpentier and J. B. Delafosse were pioneers but it is Jean Baptiste Le Prince who is often credited.

The earliest aquatinter in Britain (where the tradition was strongest) was Peter Perez Burdett in the later part of the eighteenth century.

After earlier, bolder aquatints, the process was predominantly used for giving the impression of watercolour wash and building up gradations of tone with etched line drawing. Aquatints produced effective copies of watercolour washes which were popular at the time, and were often used in colour-plate books in the late eighteenth and early nineteenth centuries.

The aquatint process involves spreading a ground dissolved in liquid over a plate (traditionally copper or zinc), which, once the liquid has evaporated leaving the ground, acts as resist to an acid which is applied. The acid bites into the exposed plate leaving a soft grain which can be varied by using the acid to bite to different depths.

It is normally combined with etching to provide the outline, as aquatint cannot produce a line.

The laying of the aquatint grain was often entrusted to a specialist by the late eighteenth century and there were various methods including using a dust box to blow the ground which then settled into an even layer on the plate, and dissolving the ground in alcohol which then evaporated leaving the ground behind.