As far back as ancient China, Greece and Egypt, we've created ingenious animated mechanical inventions which could move like us or perform simple tasks.

But who first imagined a machine which could think like us?

Discover the story of early computer pioneers Charles Babbage and Ada Lovelace in their own words, through notebooks and manuscripts.

Charles Babbage (1791-1871) – engineer, mathematician and economist – designed one of the first machines we would recognize as the ancestor of a modern computer.

He called it the Analytical Engine.

But his earlier designs – his Difference Engines – were much simpler.

The Difference Engine was a visionary machine intended to take the tedium out of everyday adding and multiplication tasks, using metal wheels and levers to store numbers and make calculations.

Babbage said his light-bulb moment – the idea of building an engine "powered by steam" to make long, tedious calculations – happened during a conversation with the astronomer William Herschel. 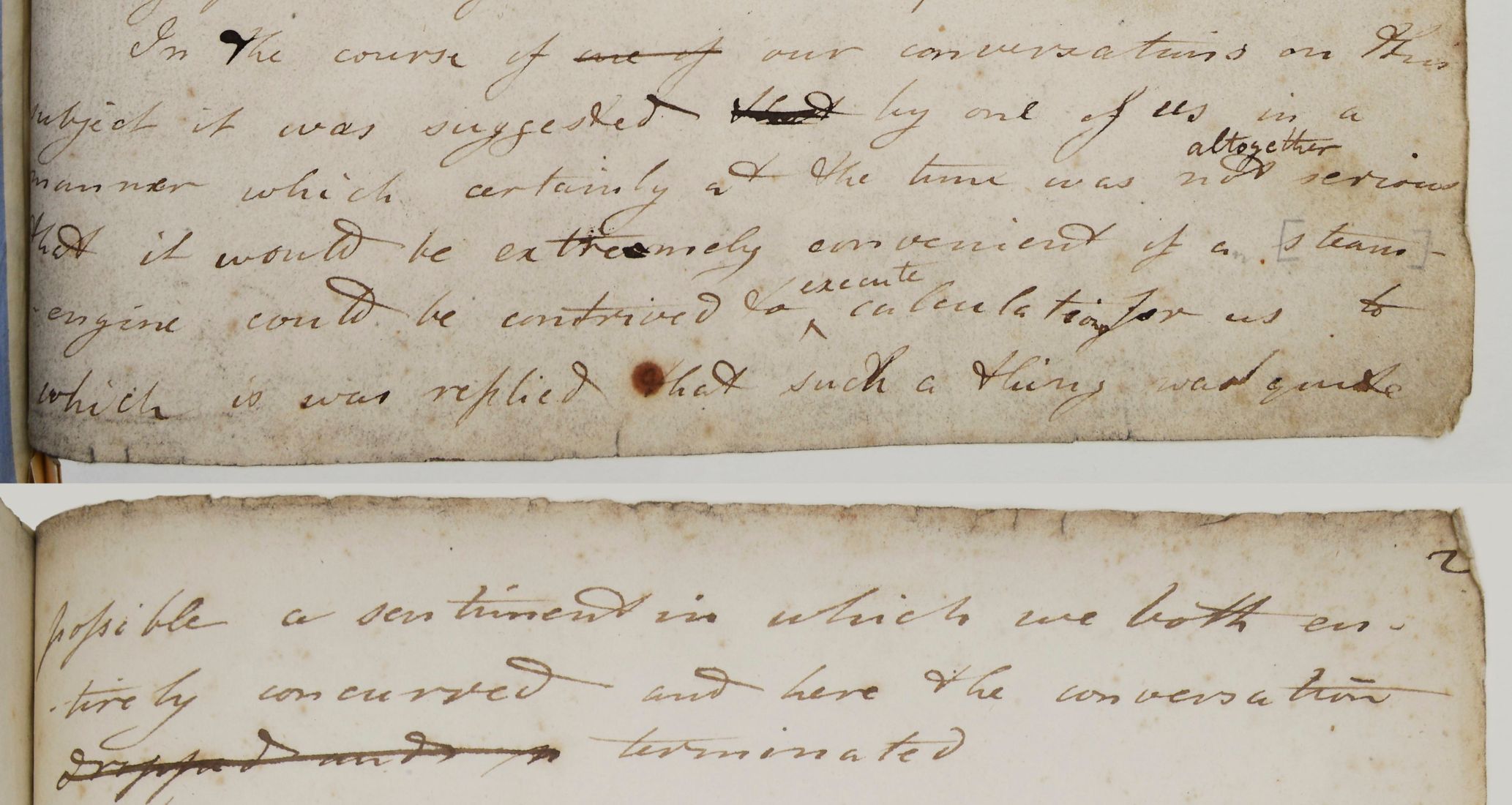 In the course of our conversations on this subject, it was suggested by one of us, in a manner which certainly at the time was not altogether serious, that it would be extremely convenient if a steam-engine could be contrived to execute calculations for us, to which it was replied that such a thing was quite possible a sentiment, in which we both entirely concurred, and here the conversation terminated.

These are some of Babbage’s earliest, hand-written notes on plans for his “engines”.

His extensive notes and drawings show how he thought through all the practical details of how to build it – and he investigated many existing technologies. On this page you can see he is using ideas from music printing with “music-plate-composition-metal” in his design of a printer for his computer.

Although he created a number of  different prototypes of the Difference Engine – we have some early trial pieces here in the Top Gallery – the full machine was not built in his lifetime. 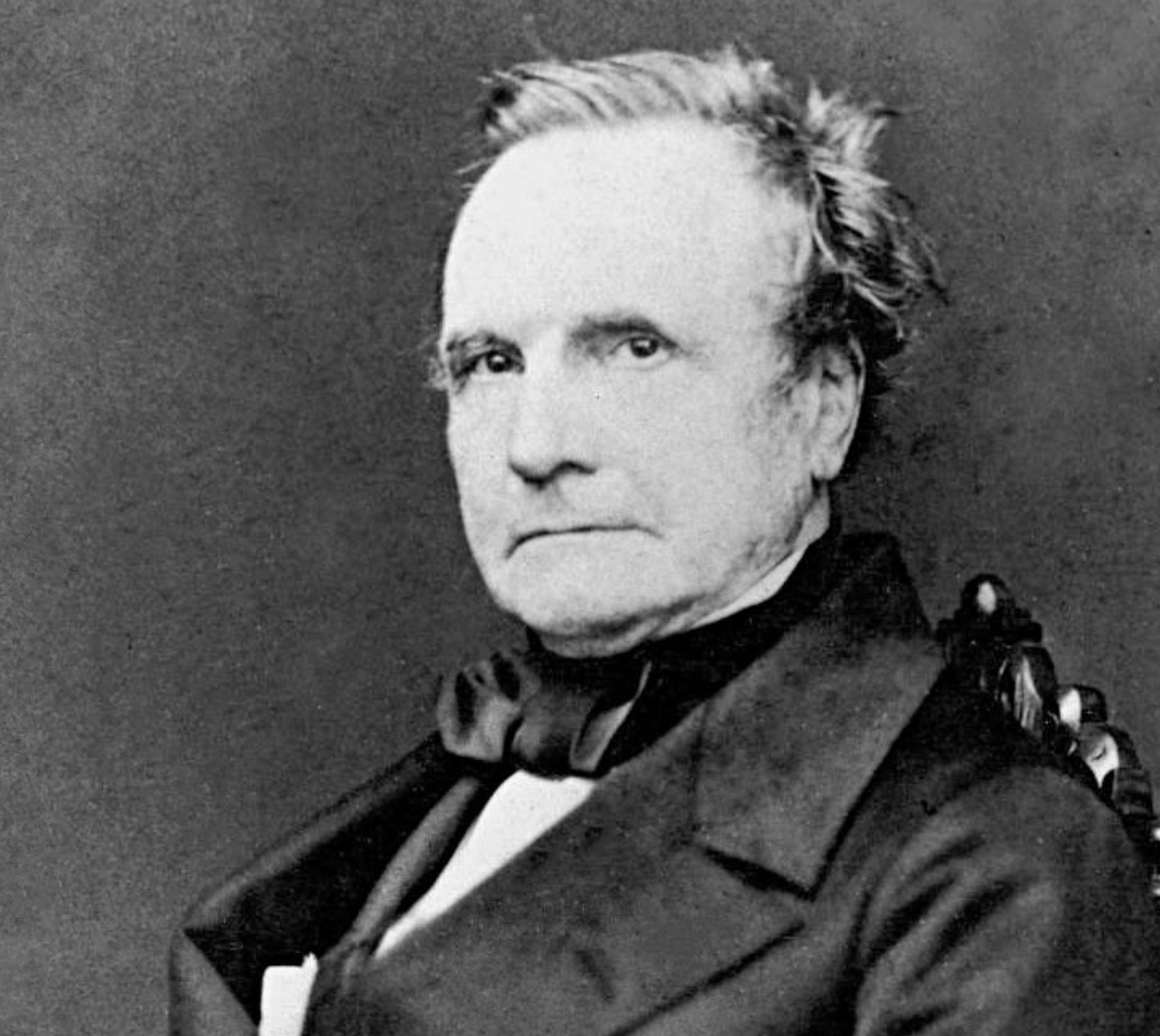 The sheer scope and complexity of his ambition – combined with a single-minded, straight-talking personality – ended up alienating his craftsmen, engineers and funders.

But we do know he was right.

His contemporary Pehr Scheutz successfully built a much simpler version, which was used in census calculations. And in 1991, the Science Museum in London used Babbage’s designs to build a fully functional Difference Engine.

Charles Babbage's next – and most ambitious – idea was to build a mechanical ‘brain’.

Babbage was fascinated by the limits of what mechanical technology could do. He believed it was possible to build a machine that could, in principle, calculate anything.

His Analytical Engine – had it ever been built – would have been the first operational, general-purpose computer.

It would also have been powered by steam, the size of a factory – and by modern standards, very slow.

Babbage understood that his computer would need to be able to carry out this  'List of Operations’. Modern computers use exactly the same list of instructions. 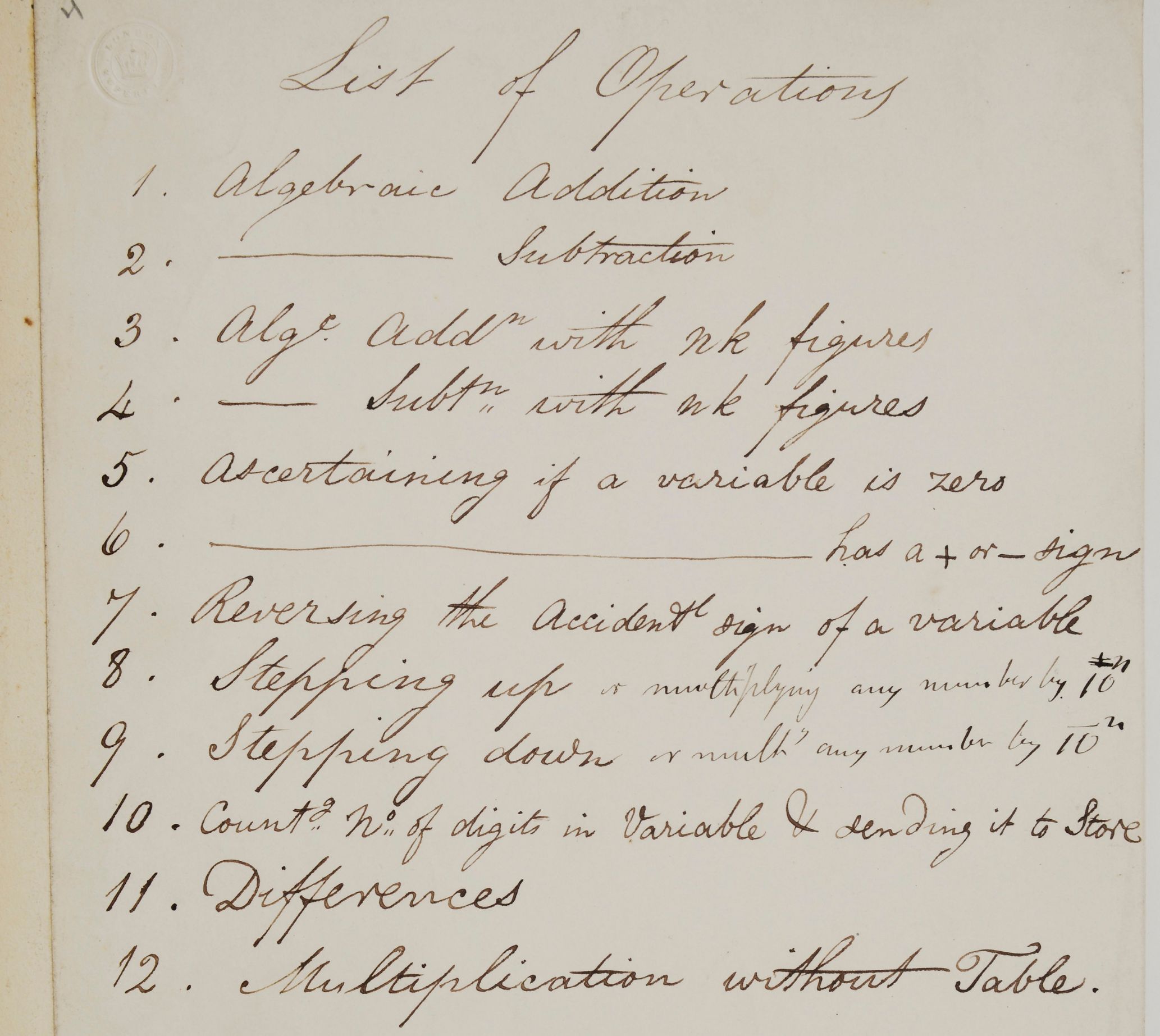 While Babbage’s spiky personality may have rubbed his funders up the wrong way, he could still command a crowd. His ‘salons’ attracted the cream of society – including a young Ada Lovelace, who was captivated by his ideas. 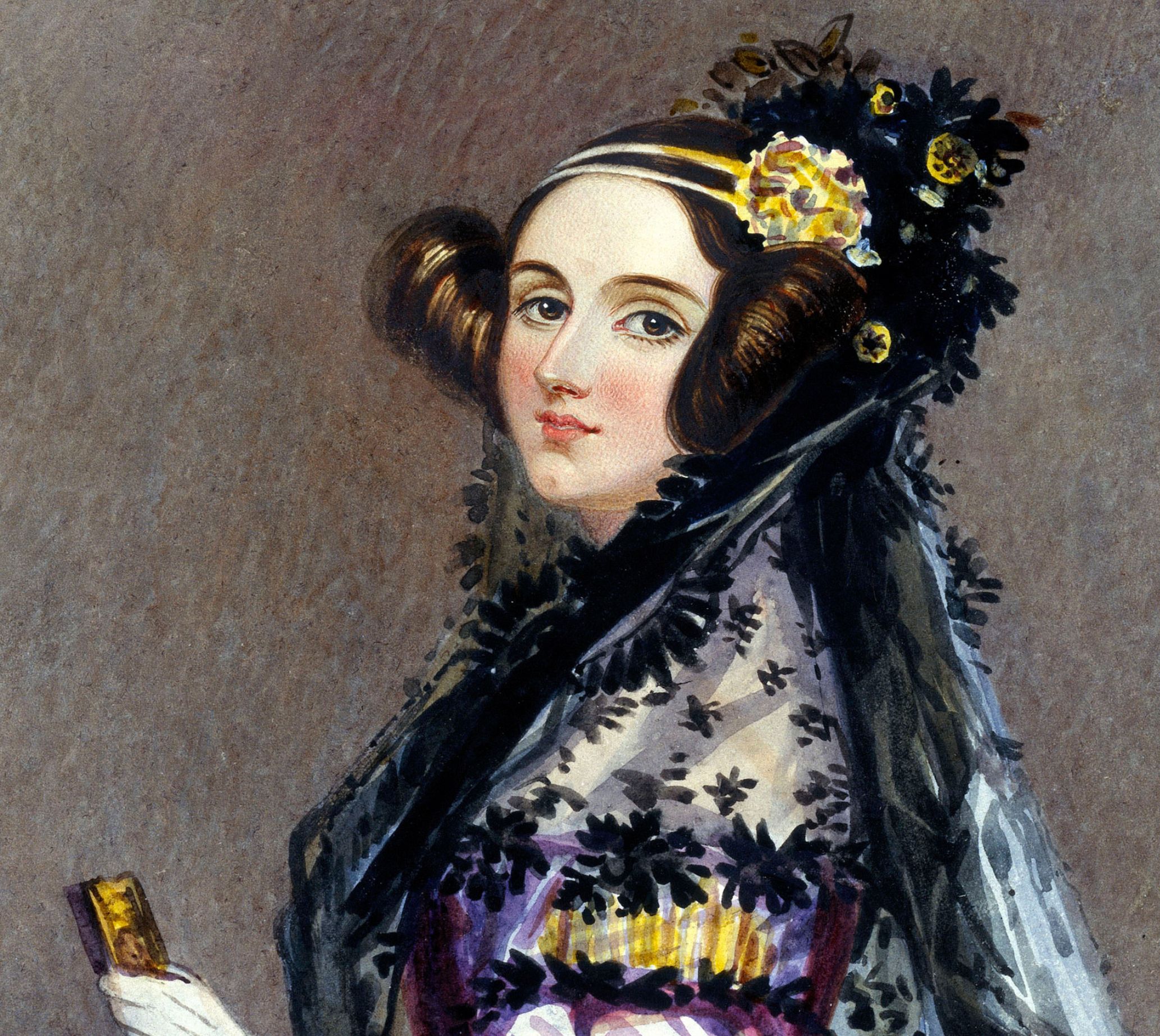 Daughter of Romantic-era poet Lord Byron and his scientifically minded wife Isabella, Lovelace had studied mathematics to a high level. And in 1843, she collaborated with Babbage on a description of his unbuilt Analytical Engine.

The article, which includes this diagram, shows every step in the calculation of a formula. It is sometimes – a little inaccurately – called “the first computer programme”. 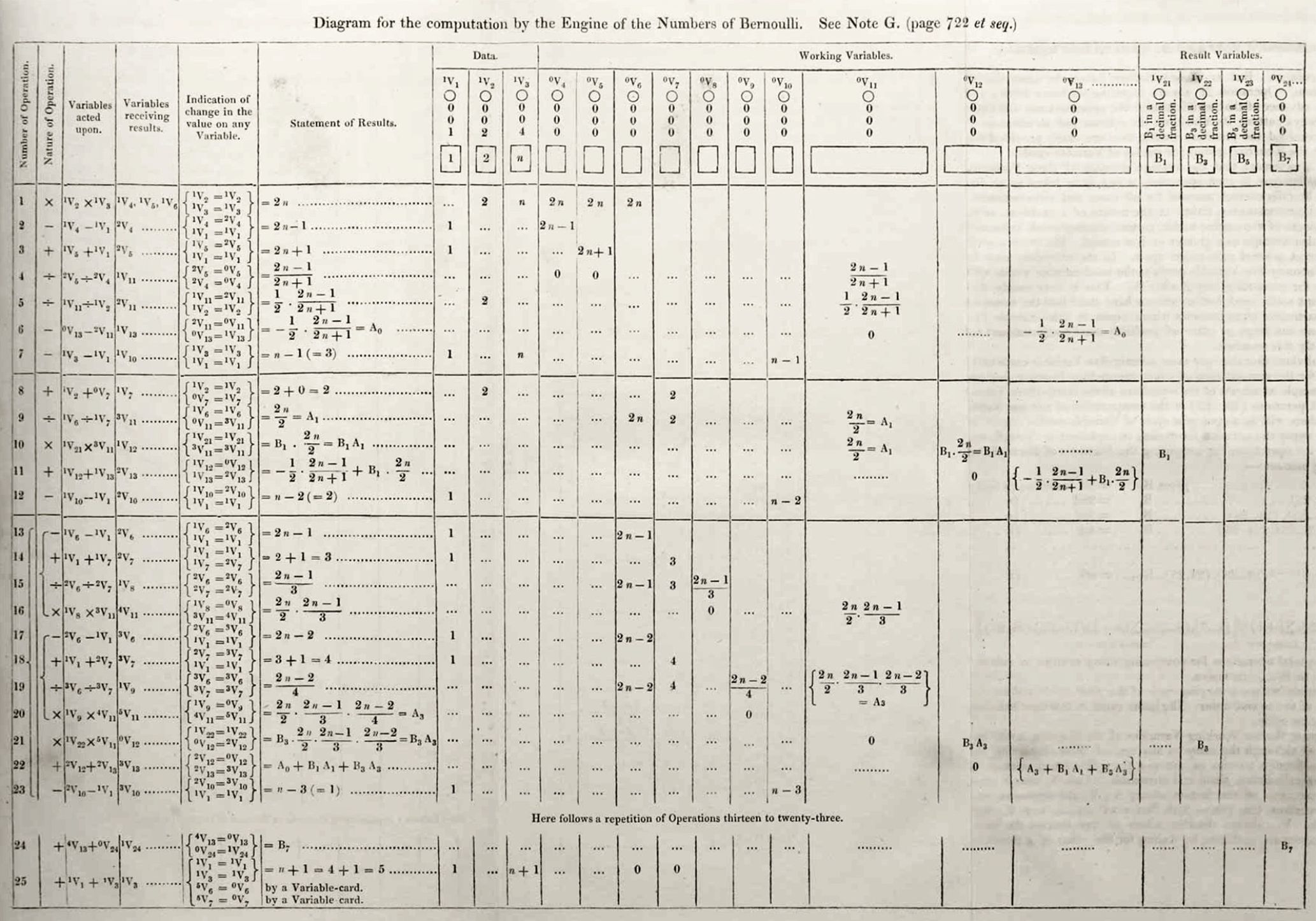 What Ada describes as “here follows a repetition ...“, we would now call a loop.

Beyond Babbage and Lovelace

But computers can’t think for themselves – they have to be programmed by a human being.

The Analytical Engine has no pretensions whatever to originate anything. It can do whatever we know how to order it to perform.

And modern Artificial Intelligence (AI) programmes – far more complex and sophisticated than anything than Lovelace or Babbage could imagine – produce results that their programmers could never have predicted.

Discover displays, demonstrations and lively discussions celebrating the minds, manuscripts and machines that made artificial intelligence.

Discover how — from the dawn of humanity— people have created cunning computational contraptions.

These loosely assembled components are fragments from Charles Babbage's first project for an automatic calculating machine.

Made in 1869 to William Stanley Jevons's design, this forerunner of the computer could solve logical problems by 'playing' them on the keyboard.

Blog by David E. Dunning for the Computer History Museum about the Jevons Logic Machine.

Read more about Babbage and Lovelace

Ada Lovelace: The Making of a Computer Scientist

Ada Lovelace: The Making of a Computer Scientist

The Thrilling Adventures of Lovelace and Babbage: The (Mostly) True Story of the First Computer

The Thrilling Adventures of Lovelace and Babbage: The (Mostly) True Story of the First Computer

A delightful alternate reality in which Lovelace and Babbage do build the Difference Engine.