The Museum's collection of prints is a diverse array of printed items that have been accumulated over time from many sources. It contains rare and significant items, including prints from the collections of Revd. F.W. Hope and George H. Gabb, and the University of Oxford’s Radcliffe Observatory.

The collection, comprising around 1,500 items, has been fully catalogued thanks to funding from Arts Council England. It enhances and extends the primary focus of the object collection on the instruments and apparatus of science. The collection is principally made up of portraits, pamphlets and broadsides, pages taken from books and journals, ephemera (lecture and exhibition notices, advertisements, and postcards), and Oxford- and museum-related items. There are curiosities and surprises to be found, so take a look by searching our collections database.

A potted history of printing

Since the invention of the moveable-type printing press, prints have revolutionised the sharing and consumption of information.

The defining feature of a print is multiplication; a pictorial image or text that can be replicated in bulk. The process involves transferring a design onto a printing surface such as a wooden block, metal plate or stone which is then inked and impressed into the final surface (usually paper).

The function of the print largely depended on its format; often either a loose sheet, or page inserted into a book. Text could often accompany an image, whether incised into the plate or woodblock, or set alongside letterpress text in the printing forme. Engravings could be printed on the same sheet as letterpress text but required using two different printing press processes and so was costly and labour intensive.

The reproduction of original works of art was a particularly popular form of print in the 19th century, and there are many examples in our collection. Intaglio techniques such as mezzotint, stipple and line engraving had different strengths and limitations for reproducing different kinds of pictures. Mezzotint, for example, was particularly suited to reproducing paintings where light was a key feature. 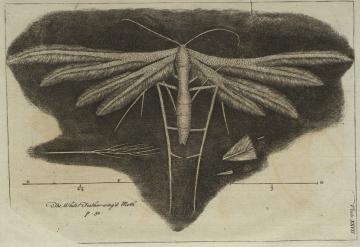 The use of graphic arts and the visual representation of information also enabled complex ideas to be communicated in recognisable and accessible forms. The enhancement of the transmission of new scientific insights using artistic conventions is particularly apparent when considering the invention of the microscope. The earliest attempts to illustrate microscopic images were crude and lacked subtlety, whereas Robert Hooke’s 1665 Micrographia contained accurate and detailed images, produced following careful observation of the object in different positions and lighting. Hooke had a familiarity with both the instruments of science and an artistic vocabulary, which enabled him to capture ‘truthful’ microscopic representations of his chosen subjects of study. Micrographia, published by the Royal Society, was a bestseller and inspired general interest in the burgeoning science of microscopy.

The accessibility and affordability of print meant that there was a large potential audience; even Queen Victoria collected engravings, and in 1842 had a printing press brought to Buckingham Palace to watch the printing of a plate. The mid-19th century saw a boom in the print market created by a new literate middle class hungry for knowledge and the status conferred by owning printed material. This popularity created numerous business opportunities, and publishers and print sellers enjoyed large profits. By the 1840s, the average income of the top 20 publishers in London was £16,000 (at a time when £250 could support a family). The numbers of print-sellers in London flourished from 72 in 1839 to 125 by the 1880s. 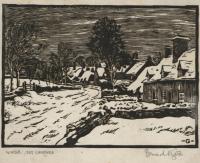 This popularity was not to last, and the emergence of photo-mechanical print in the 1880s and photography in the later 19th century led to the decline of traditional printers. A new level of objectivity was accorded to photographically produced prints, and the hand-engraved reproductions began to be seen as unreliable, subjective and mediated knowledge. By 1901, the engraving trade had essentially died out.

However, as the 20th century progressed, there was a resurgence in traditional printing technique appreciated for its artistic merit.

The early 16th century saw the emergence of a different kind of print: the book as scientific instrument. Medieval manuscripts had used volvelles (little discs of parchment that could be rotated and used to make calculations), however printing made the mass production of this kind of instrument possible. Thus, it became popular in the 16th and 17th centuries to enhance text with such volvelles.

Paper could be scored, folded, pierced and cut and pasted, opening up the potential for the construction of sundials, astrolabes, globes and other devices that were more commonly made from wood, ivory or metal. Prints could also include text or diagrams instructing the user on construction. These instruments resembled their more substantial counterparts in form and function, and had the same moveable parts and precise markings enabling surveying and calculation. 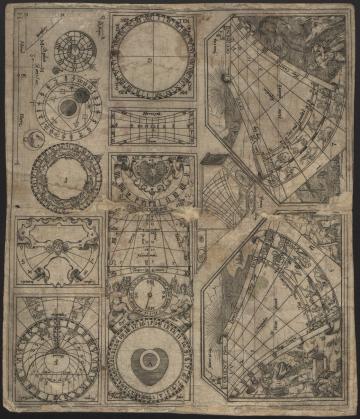 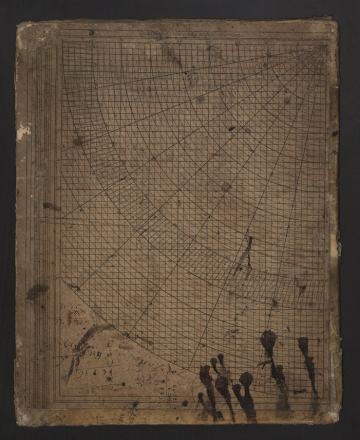 The fact that prints were not, as it were, ‘set in stone’, meant that they were ideal for the communication of changing ideas and theories. Prints were important tools of persuasion and debate, and as instruments in their own right. They enabled the dissemination of standardised information, and made complex ideas accessible. All of these roles were fundamental to the development of scientific ideas and theories, and the modern scientific method.