Time in your hand

The circular table on the back of this Roman vertical disc sundial gives the latitudes of thirty provinces of the Roman Empire.

The front of the Roman vertical disc sundial.

The front of the Roman vertical disc dial. 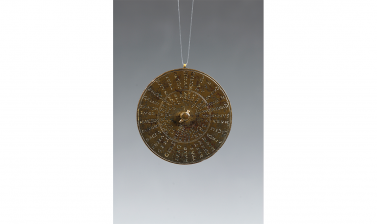 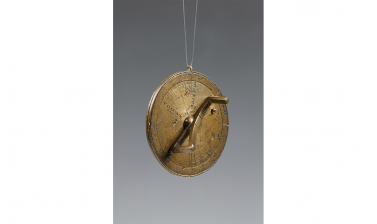 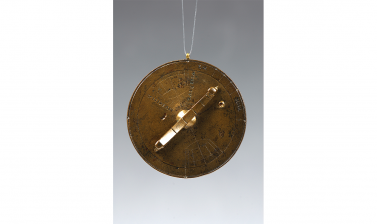 In a world before mechanical clocks, people told the time using water clocks and sundials. Many sundials remain from classical Greek and Roman antiquity, but almost all were fixed in one place: carved in stone and meant to serve as public or private monuments. This tiny sundial is one of just a handful of ancient portable dials to survive. Though only 6cm across, it mirrors the whole Roman world.

As a portable dial, it has to work in a range of latitudes. To ensure it is correctly configured for the owner’s location, there is a circular table on the back giving the latitudes of thirty provinces of the Roman Empire. After setting the latitude, the dial is adjusted for the current date. Then it is suspended and turned until the horizontal bar of the gnomon or pointer casts its shadow on the curved hourscale below, indicating the time.

Most sundials are geometrically exact with their arrangement faithfully mimics the motion of the sun in the sky. Even if they are in practice small and imprecise, at least in principle they will always give the correct solar time. This dial is different. It is based on an approximation, which, although generally accurate, means that the heavens are not exactly captured in the layout of the instrument. In a society far removed from our modern preoccupation with minutes and seconds, this would not have been a practical problem. But it does reinforce the common stereotype that the Romans were concerned more with results than theoretical rigour.