Master of the universe

The base of the spherical astrolabe.

The top of the spherical astrolabe. 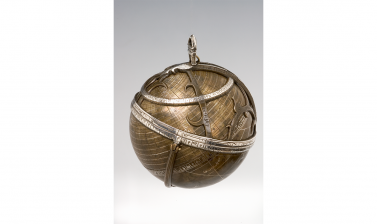 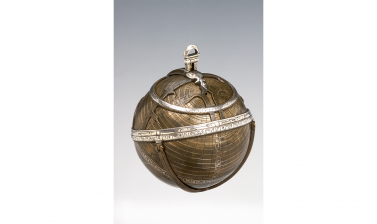 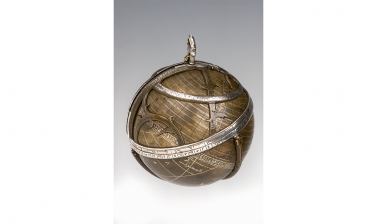 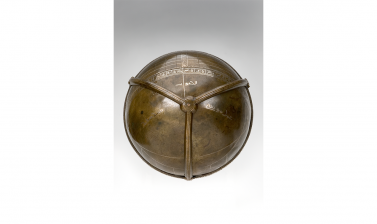 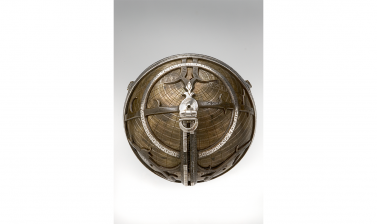 The Universe in your grasp.

That is the promise of this spherical astrolabe, which is perfectly sized to nestle neatly in the palm of a hand. More than a representative model, it is a working device which captures and even seems to control the heavens.

All the cultures that inherited and developed Greek mathematics and philosophy agreed on the form of the world. The Earth was at the centre of everything, orbited by seven wandering bodies, from the Sun through to Saturn. Beyond the orbiting planets were the much more regular fixed stars, imagined as adorning an all-encompassing sphere which spun round once a day. What was beyond the stars? What moved the stars? That was the realm of God, the first or prime mover, ultimately responsible for all heavenly and earthly change.

To hold a spherical astrolabe was therefore not just to have a God’s-eye view of the world, but to act as the prime mover in miniature. The instrument’s celestial component is the finely formed skeletal framework (the rete) that surrounds the inner sphere. It carries 19 pointers that represent bright stars in the sky, and so turning the rete round once represents a day. The rete’s largest silver circle is the ecliptic (the path of the Sun over a year). It is divided into the signs of the Zodiac, and the Sun can be located at a fixed point on the ecliptic for any day of the year. Rotating the rete accordingly moves the sun across the sky, enabling the astrolabe to solve many practical problems relating to astronomy and time telling.

If this seems an extraordinary and potent object, it is all the more so for being the only surviving complete example in the world.