Presented by Lynn Atkins – MSc student in history of science 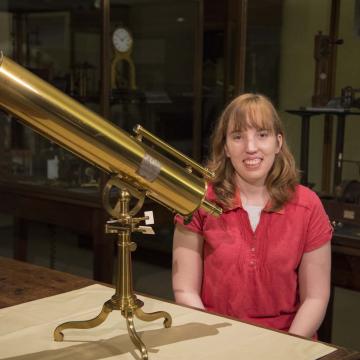 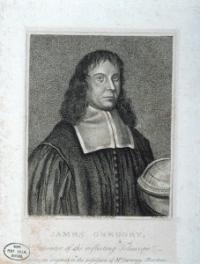 However, Gregory did not have the skills to make the telescope himself, specifically the concave mirrors needed. Robert Hooke at the Royal Society read Gregory’s book and ten years later decided to help Gregory build his telescope, some five years after
Isaac Newton had built his own reflecting telescope in 1668. James Short, coincidentally also a Scottish mathematician, built this first Gregorian telescope. On top of being a telescope maker and mathematician, he was an optician, which meant he was
able to make mirrors as well as lenses.

His main profession was as a telescope maker. Short’s first shop was in Edinburgh, but he eventually left for London and set up practice there. He moved to London because he was summoned by Queen Caroline to tutor her second son, William Augustus, in
mathematics.

Short began making the telescope using James Gregory’s designs, but over time made changes and improvements; his telescopes were widely distributed and became well known. In 1752, he completed a Gregorian telescope for the king of Spain. In addition to
his telescope improvements, he made observations and constructed original instruments.

How does a Gregorian telescope work? 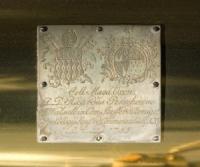 Light from a distant object enters the telescope and travels down to the larger primary mirror at the bottom of the barrel. This reflects the light back up towards a smaller secondary mirror located some way up the barrel, which in turn reflects the light
back down through a small aperture in the primary mirror where it is then brought into focus by the eyepiece lens. Beside the eyepiece is a knob that focuses the telescope by adjusting the distances between the mirrors.