Discovered in Germany in 1798 by Aloys Senefelder in 1798, it wasn't until 1820 that lithography became commercially popular. Compared to earlier techniques such as engraving and etching, lithography was easier and more versatile. Prints of local views, notable people, and other commonly produced prints such as illustrated bills could be rapidly and cheaply produced. Originally lithography used stone as the printing surface (lithography meaning ‘stone drawing’), but the Bavarian limestone most suited to production was eventually replaced by zinc (from 1830) and later aluminium (from 1890). 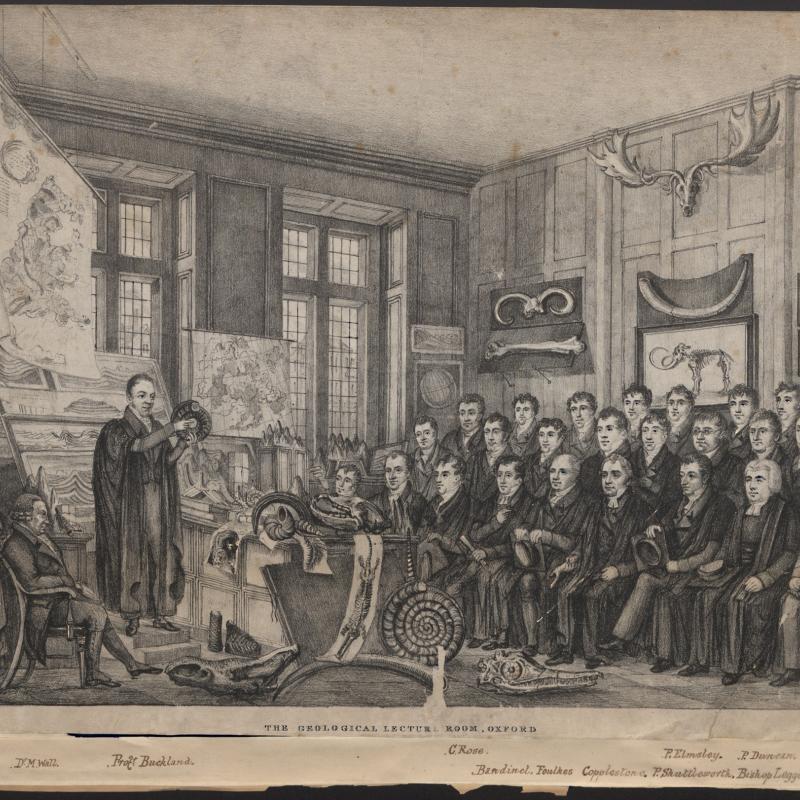 Lithography is a mechanical planographic process where both the inked and non-inked sections of the plate are at the same level. Designs are drawn or painted with greasy ink or crayons onto a stone plate, moistened with water. When an oily ink is applied it only adheres to areas of the plate with the drawing. The print is then produced in a scraper press running the paper against the inked drawing surface. This process enabled greater versatility for the artist and printer as the action of drawing on the stone was similar to drawing on paper unlike wood or metal printing.

The most notable styles are:

Pen and ink style – using a pen and greasy ink on a highly polished stone. Lines look similar to those drawn by pen and ink on paper. Broader printing areas used a brush. Both lines produced with a pen and brush printed a solid black.

Chalk style – Produced using a lithographic chalk or crayon onto a roughened stone. The lines produced are characteristically flat tonally and the darker impression of some lines are created by pressing harder and so more densely applied.

Colour lithographs first emerged as background tints primarily for landscape or topographical illustration, and detailed colour was added by hand. Chromo- and coloured lithographs subsequently developed which used a different stone for each colour. Small pins were used to line up the paper with the various different stones in order to exactly match the design.